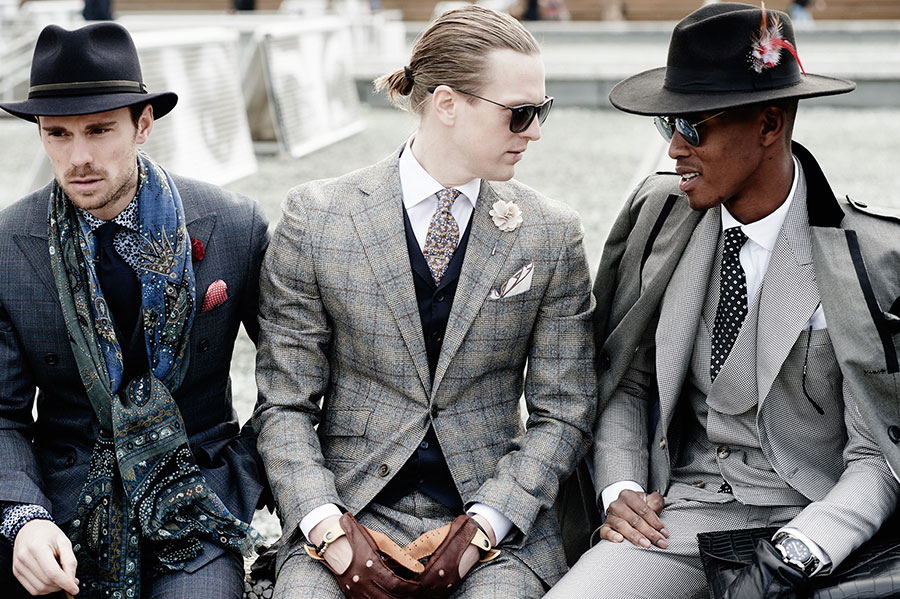 The year is still young and already my fashion year has kicked off with a bang. We’ve seen fashion weeks setting  social media alight with what to expect for next season – from the latest trends, what to wear, and how to wear it. And what better way to start the year than at the world-renowned, historical, one-and-only Pitti Uomo in Italy.

An event that has brought love and passion to menswear, and how it has inspired me! A space for all the dandy brothers out there. After learning about this prestigious event I started researching it. There wasn’t much information about the event, which led me to start seeking advice from a few public figures I’d seen associated with Pitti. After  still not finding what I was looking for, I decided to simply go myself. I started a campaign on social media, posting photos of myself as departure to Italy got closer. I used hashtags such as #roadtoitaly and #affroitalia, as well as #pittiuomo and #89. People wanted to know more about the Pitti Uomo event, asking if this was were you went if you wanted to get photographed by hundreds of photographers or whether it was more than that. Well, there were many reasons why I wanted to experience Pitti firsthand.

Firstly, it was flattering to see so many familiar and well-known faces from social media and style magazines. Amazingly, they were quite friendly and courteous. As cold as it was, men looked fashionably warm, making bold statements with different items that all told a story about that winter. 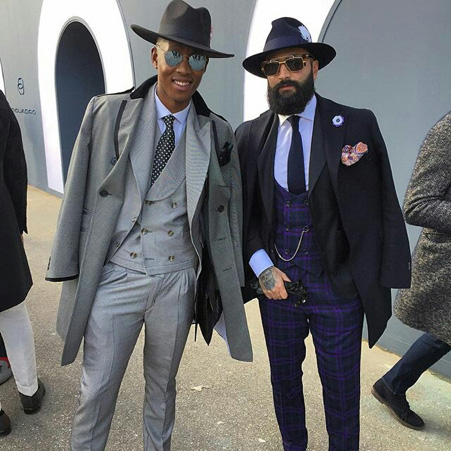 The art of layering and accessorizing was on display in all shades and tones. All these gentlemen had dressed to impress, and to influence the masses that had come from all over the world. Some were directly involved in the fashion industry and some were doing it simply for the love of fashion.

I met one of the legends of sartorial style and suiting, and the pioneer of Pitti Uomo, Ignatius Joseph, who was happy to share some style tips with me. Most importantly, he was kind enough to answer the questions I had about this prestigious event.

What is Pitti Uomo?

What do the words “Pitti” “Uomo” stand for?

Pitti refers to one of the Florentine palaces initially used as an exhibition space for the high fashion displayed when the “Pitti” began in 1952. “Uomo” simply means “man.” It is the men’s clothing trade exhibition organised by the firm Pitti Immagine since 1971.

The number next to Pitti Uomo(89), what does it mean?

The number denotes the “edition.” There are two seasons each year. The “Uomo” has been held for the past 45 years.

Why was it started?

After World War II, Italy, like most of Europe was in ruins. The organisers of the first Pitti Uomo sought to revive Italy’s extensive clothing industry by providing a platform in which the country’s clothing manufacturers could concentrate their efforts on the world market.

How has it evolved over the years?

Initially the Pitti exhibitions were started for Italian haute couture — women’s fashion. In 1971 the men’s editions began. Meanwhile, there are Pitti fairs for children’s wear and other elements of the clothing and fashion industry.

People see this event as a place where men from all over the world go to show off their colourful style, but it’s definitely more than that. Florence is historically one of Italy’s most prosperous cities. It was a powerful influence in the Middle Ages and the Renaissance and is located in one of Italy’s most fertile regions. The Pitti, although a development of the post-war reconstruction of Italy’s textile and fashion industry, successfully instills a sense of continuity in men’s clothing, fashion and style that is necessary to preserve Europe’s artisanal and artistic culture. 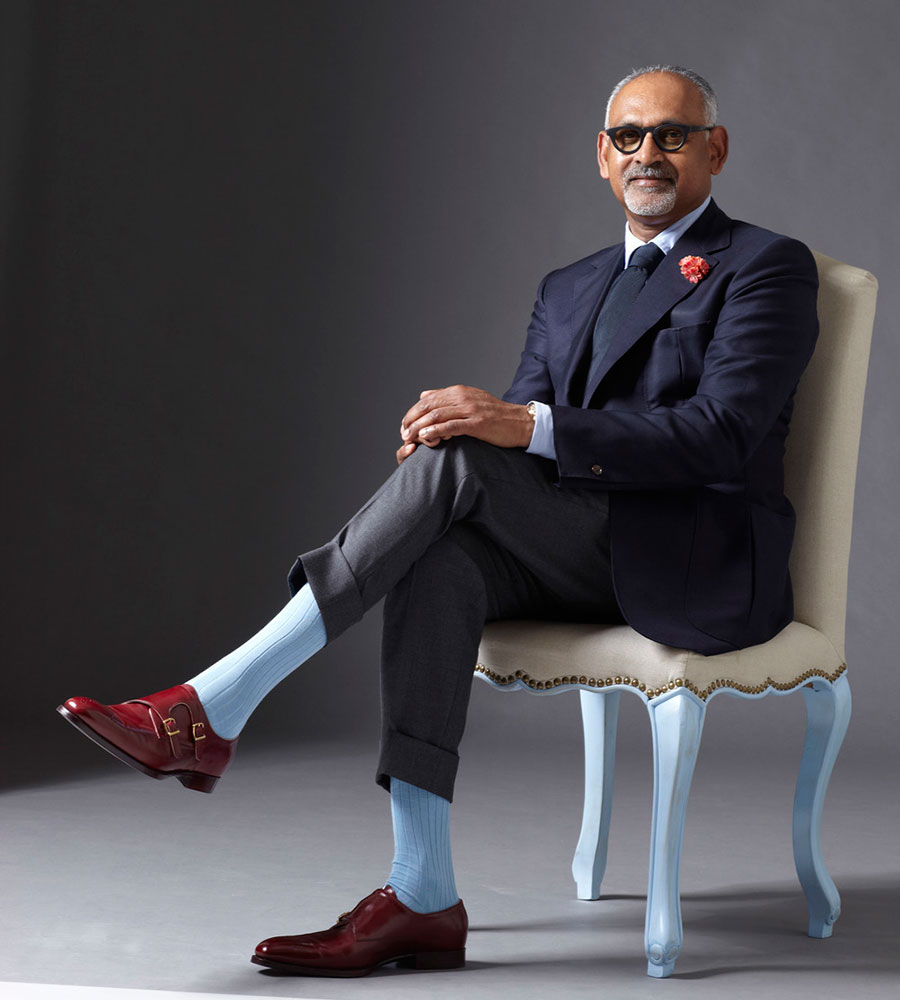 Ignatius Joseph, a true gentleman and a regular feature at Pitti Uomo

As one of the pioneers of this prestigious event, what does this event mean to you, and most importantly, your brand?

In an era dominated by electronic media, the Pitti is still a place to see real people and communicate with them in person. I prefer not to imagine a world in which the only clothing we see is on the Internet while everyone sits at home on their computers wearing athletic suits or pyjamas.

People who have attended this event for years feel it’s losing its essence due to the fact that many are treating it as a carnival; to view menswear style and fashion. Do you agree or disagree?

The Pitti is a trade fair. Its focus is the clothing business. On the other hand clothing is not the same as chemicals or steel — it’s people-centred. In fact much of what makes the Pitti interesting is what you call the “carnival”— that is the parade of vanities, fashion, and style that animates both the trade and the general visitors in Florence during the fair.

Where do you see the future of Pitti Uomo and menswear fashion and the industry as a whole?

There is a tension in the menswear industry between the artisanal tradition, the mass production sector and the demands for profitability in a classically labour-intensive sector. It would be naïve to ignore the overall economic developments throughout the world, which have intensified price pressure in all but the most exclusive high-end segments.

The Pitti Uomo could easily turn into a mere auction block for mass produced, branded products made far from the country that initiated the fairs — to restore its own industry. On the other hand, the European textile industry, especially in Italy, derived much of its early inspiration from the Orient. Nearly a thousand years ago, China did everything it could to prevent the export of its silk production technology; to no avail. Europeans smuggled silkworms out of China and began their own silk industry. Today we see that Asia is again the fulcrum of the textile and clothing industries.

Labour in Europe has always been more “expensive” than in Asia — just based on the vast population differences. Yet it has been European style, which dominates the high-end clothing market.

Brian Lehang, The Suitableman, is a sartorial dresser based in Johannesburg. He’s in love with fashion, addicted to house music and a golf fanatic.