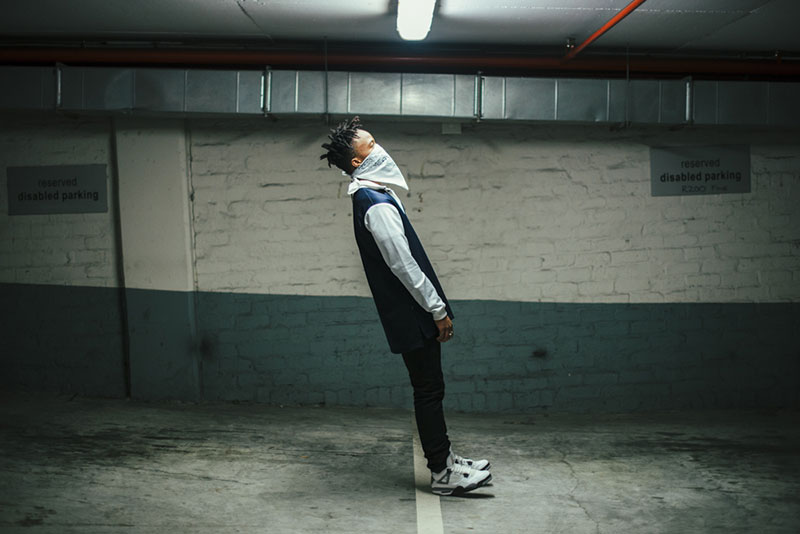 As streetwear and the sub-cultures that drive it continue to grow in South Africa, the surrounding dialogue has become more diverse and interesting than ever before.

Contributing to this ongoing conversation is a selection of street wear designers, stylists, reporters, street photographers, store owners and other industry folk who have shed some light on the local scene and current trends.

In the words of Elisha Mpofu, “Streetwear is always changing, not boxed by some strict industry guidelines, fashion shows or other stuff that limits creativity and self expression.” As the owner and Creative Director of youth lifestyle boutique, Boaston Society, he sees street wear as, “The art that you and your friends engage with on the street corners, at school, skating in the streets or engaging in cyphers with other hip-hop heads.” What excites him about being in the industry is the knowledge that people can make a living by doing what they do every day – living their lives. “Talking about street wear from an economic context, it has allowed youth to create an industry and jobs for themselves, something which is currently lacking in this country,” says Elisha. Andile Mbete echoes this sentiment, explaining that, “Turning your creativity into a business is something that resonates with many young South Africans.” In fact, Andile has turned his own obsession with sub-cultures into a career as a youth engagement strategist for ANDPEOPLE in Johannesburg. “It’s impossible to separate youth culture from street style – they mirror one another,” he explains. “Understanding trends in street style is understanding trends in youth culture.” 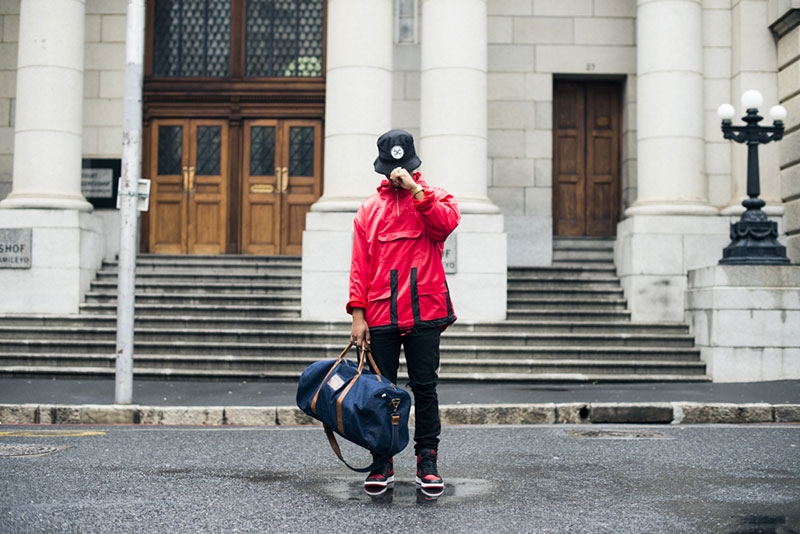 Already a well-known name in the South African fashion industry, photographer and style reporter Trevor Stuurman covers all major fashion weeks and keeps an eye and lens on the streets to capture trends. His view is that streetwear is an art in itself, and he’s drawn to its progressive and ever-changing nature. For Mathew Kieser, the Durban-based designer behind SOL-SOL menswear, the best thing about street wear is the freedom it allows. “I like street wear as there have never been any rules,” he says. “It’s this cool mix from all walks of life – hip hop, punk, surf, skate, to everyday people such as teachers or bankers walking to work. People are just making it up as they go along.” Co-founder and owner of contemporary lifestyle and culture store astoreisgood, Dario Leite, weighs in: “Street wear is a co-optive phenomena and certainly art and design are seasonal victims of how streetwear borrows and morphs from other creative movements. Whether it’s an appropriation of 80s skate board graphics, Disney characters or classic paintings, streetwear takes it all and produces its own versions.” 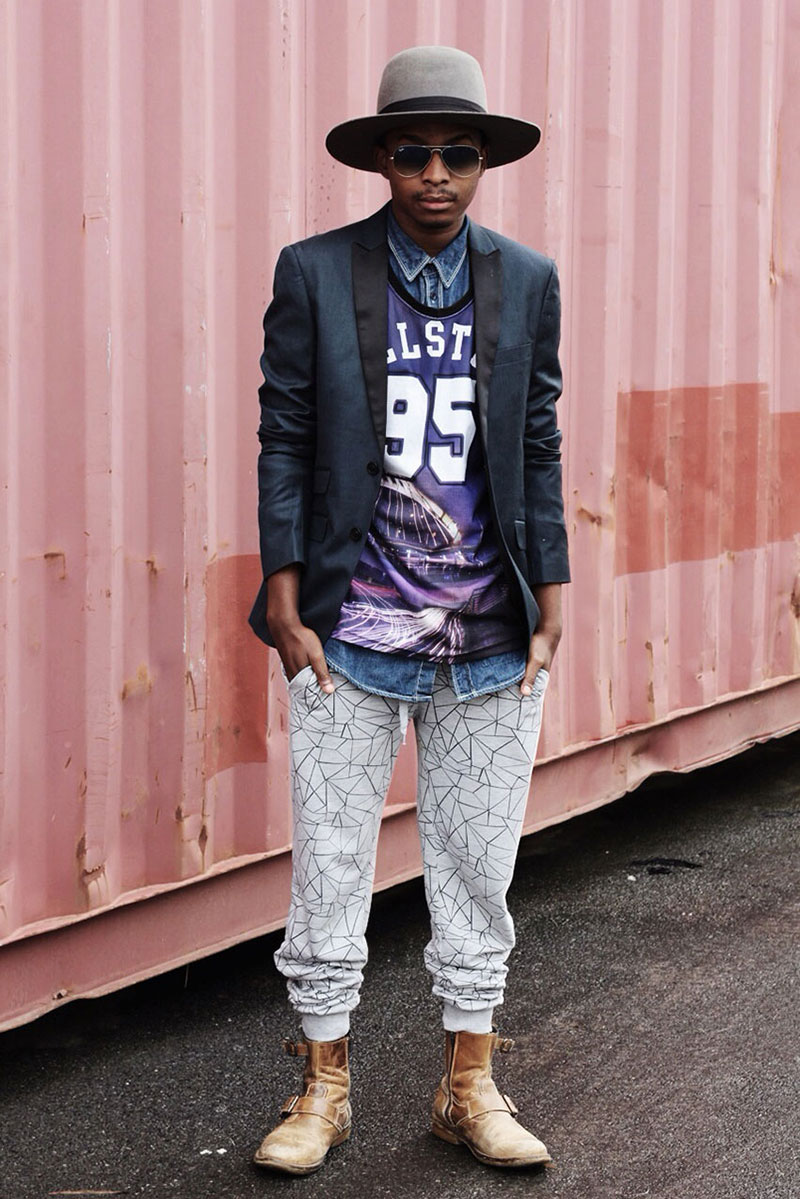 Boogy Maboi, a stylist working predominantly on music videos for some of our country’s biggest musicians asserts that, “Social awareness in fashion is the new black.” It was on this very principle that Cherize Ross founded K-WORD, the socially conscious women’s wear brand, founded to spread light, love and positivity. She says, “Streetwear doesn’t exist in a vacuum, it’s a direct manifestation of the music we listen to, the people we surround ourselves with – the individual creative intersection.” As such, it can be said that streetwear reflects the minds of urban youth and the message she sees being communicated is fearless, bold and unafraid of making a statement. 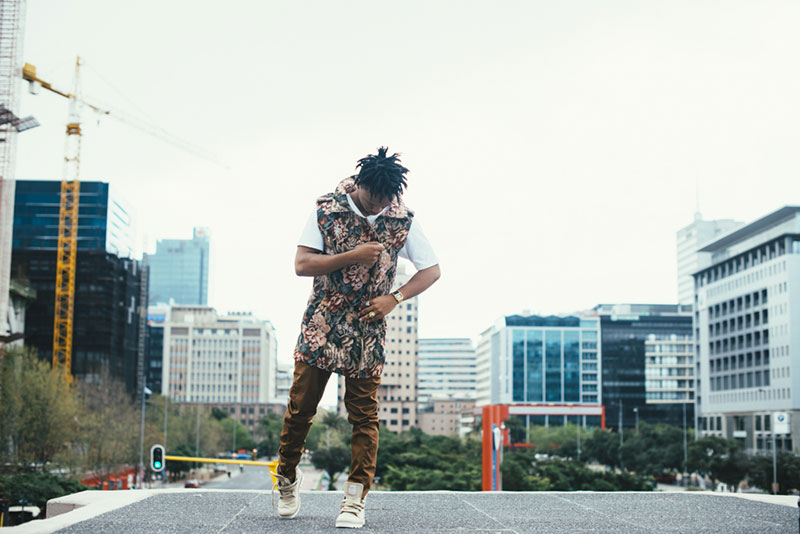 “It’s an interesting time for streetwear in South Africa,” she says, “We’re figuring out how to assert our unique identity but still play on the global field.” Similarly, over the past three years, Boogy has noticed that the fashion industry is looking increasingly to Africa for inspiration and she states that, “Coming up with our own trends has become key.” Further confirming that an inevitable surge in the local streetwear scene is a general consensus among industry insiders, Wandile Zondo, the co-founder of Thesis Lifestyle Store in Soweto, says, “Streetwear is still new in South Africa and there is a lot of room for local brands to grow.”

According to street wear brand me.plus.one co-founder Daniel Sher, 2015 is the year of the local. Consumers are growing tired of imported brands with which they have little, or no, cultural connection. This year, more than ever, we will see a global trend of fashion conscious people supporting quality brands that are designed in their own cities and countries.

To summarize, a few predictions on what might hit the streets next. Things to look out for this  year include a rise in sartorial collectives, more retro classics and most notably, South African history and culture increasingly becoming a primary source of inspiration.

It’s undoubtedly an exciting time for us in street wear, and we’ll all be watching closely as things continue to develop and unfold.

This article was adapted from a series of interviews that first appeared on creative showcase site www.10and5.com by author Jessica Hunkin.