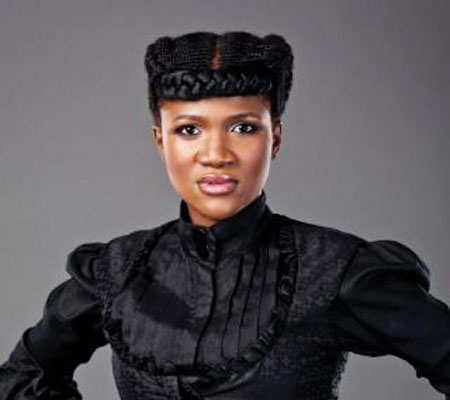 If the African Renaissance needed a matching wardrobe for its new noble class, then Mantsho would be it.

Choosing the shortest queue to register for a course on your first day at university is not the way most designers enter the world of fashion.   That morning, before she left home, her mother had suggested she try enrolling in a fashion course as part of her studies. On arriving, Mokubung found the design queue to be the shortest and thought she’s give it a try.

“It’s not as if I had this burning desire to be a fashion designer since the age of six,” explains Mokubung. “I had a vague idea when growing up that I wanted to be in an arts-related field one day, but by a twist of fate (and the lack of any interest in fashion among my fellow registrants that morning) I found myself on a career path where I knew I could become the best I could be.” 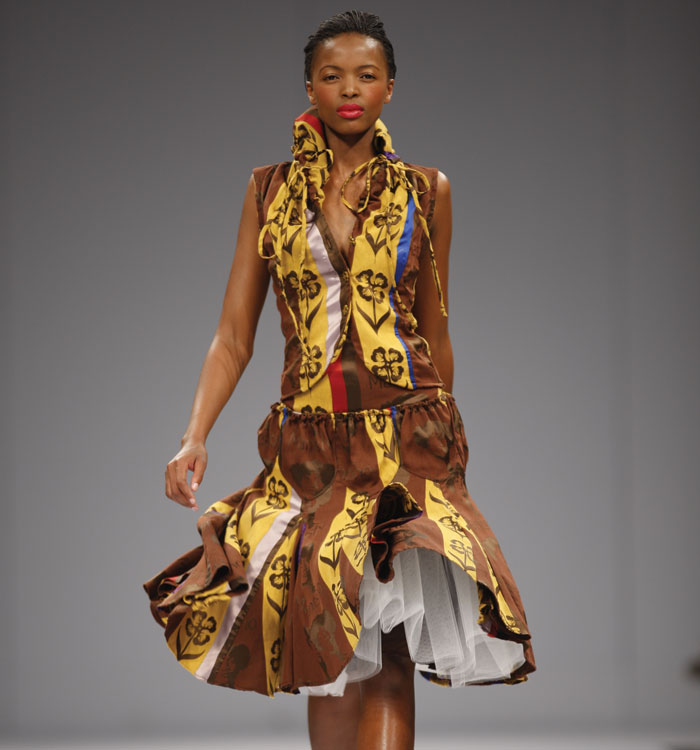 After developing her fashion look-and-feel over many years and realising that fashion was a lifelong commitment, the thirty year-old recently decided to resume her studies and as has gone back to university to complete her degree in fashion. The break from her studies many years ago was based on a desire to gain first-hand experience.

“I was sitting in class one day and was extremely bored. So I walked out and found a job as a sales person in a clothing store for the approaching year-end holidays.”

That store was Stoned Cherrie in Rosebank. Walking in, wearing her self-made outfit head-to-toe, she unknowingly began talking to owner Nkhensani Nkosi, who took a keen interest in what she was wearing. Before she knew it Nkosi was asking the 19- year-old what she could do with 100 metres of the identical fabric Mokubung was wearing, and that she’d had lying around her house for ages with no clue as to what she might do with it.

“Of course, I just said ‘yes’ to everything,” says Mokubung. “Can you imagine this teenager in the presence of a great South African designer – and she wanted advice from me!”

By the end of the first week of their meeting Mokubung had delivered 30 dresses to Nkosi and also landed the sales assistant job. Sitting in the Stoned Cherrie store on her first Saturday morning shift, with her 30 dresses on the rails, Mokubung couldn’t have been happier. But the big surprise was yet to come. The store opened at 9am and by 3pm all 30 garments had been sold. Nkosi’s reaction to her phone call was, “Go back and make some more!”

After breaking away from Stoned Cherrie in 2005, Mokubung launched her own label, Mantsho, and hasn’t looked back. She likes to refer to her clothes as ‘funky’ and feels ambivalent about the term ‘African’ to describe her clothes. “They’re more edgy and experimental, purely because of the process I go through to come up with my ideas. I really like West African fabrics, they’re the boldest prints I’ve ever seen. The amazing variety, funky colours, they’re really wild! You need to be very bold to work with them and it amuses me how people are sometimes almost scared of what they see. It’s just fabric.”

Some of this boldness can be attributed to Mokubung’s mother who had a strong sense of style and sometimes bought outfits for her that were unexpected and drew the attention of her peers. 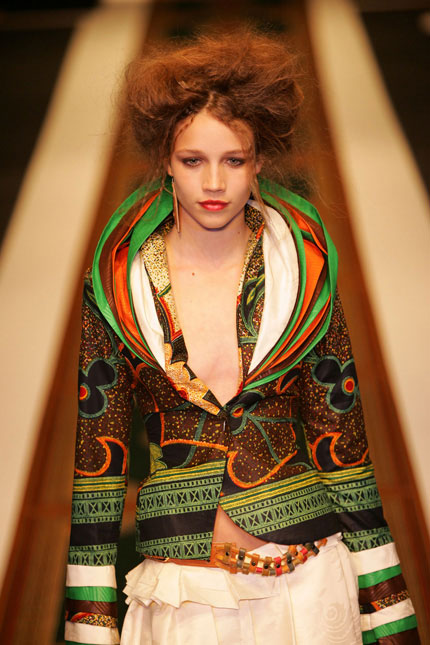 Seven years into running Mantsho, Mokubung has only recently emerged from a raw creative energy which has kept her focussed on defining her unique style. “However, if I want to make a living and grow I need to meet the market halfway. Listening to what the market wants is not something to be ignored.”

“The biggest question I face from clients is about their weight, and how they feel about it. Your body is always changing so enjoy whatever weight and shape you currently have. Part of my job is to make women feel good about themselves. I enjoy watching the esteem and happiness that results from women wearing my clothes.”