Laduma Ngxokolo knits into the future 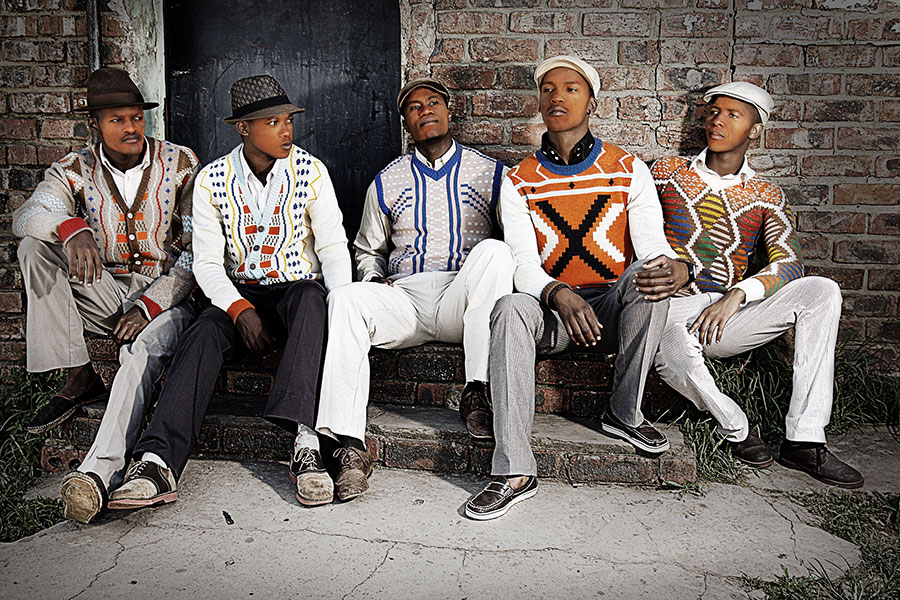 Laduma Ngxokolo has taken traditional patterns and given them a modern twist.

How did Laduma come about?

I first came to Cape Town for the Design Indaba in 2010, when I was invited to come and present the project I’d been working on at Nelson Mandela University. While in Cape Town, I decided to find a factory that could make my garments. I eventually found one that was willing to work with me but initially most knitwear manufacturers I approached weren’t prepared to even look at my work as they were only interested in massive volumes and simple designs. I now supply a boutique in Cape Town, called Merchants on Long, that I met through the Design Indaba. I also supply my sister’s boutique in Port Elizabeth and my work has gone to Namibia and France as well as three online stores in London and New York.

It seems from your website and promotional photography that you have an eye for marketing. When did you recognise the importance of this?

I realised while still at Varsity that getting online is crucial. Once I’d done this I had an opportunity to connect with my target market which is quite niche.It also opened up the local and international markets for me without needing expensive marketing tools to do so. Facebook, Twitter, Pinterest and Instagram are all great ways to put your work out in the world. I’d say the most effective medium is currently Instagram as it’s more visual and great for visually striking work like mine. I even get some orders through social networks, which has also been the opportunity to connect with people abroad.

Where are you taking your brand at the moment?

I’m looking at growing organically for at least another year, at least until the production capacities are there and I have a marketing strategy which can grow the brand internationally. In order to get more sales I’m busy finalising my whole brand aesthetic. We’ll be launching another knitwear range for men later this year as this is the core of our brand.

Other products I have experimented with include homewear, such as cushions, and also socks. I ultimately want to build a lifestyle brand one day but my focus, for now, is knitwear. I grew up with knitting and studied it too, so it’s a familiar medium that I’m comfortable with. 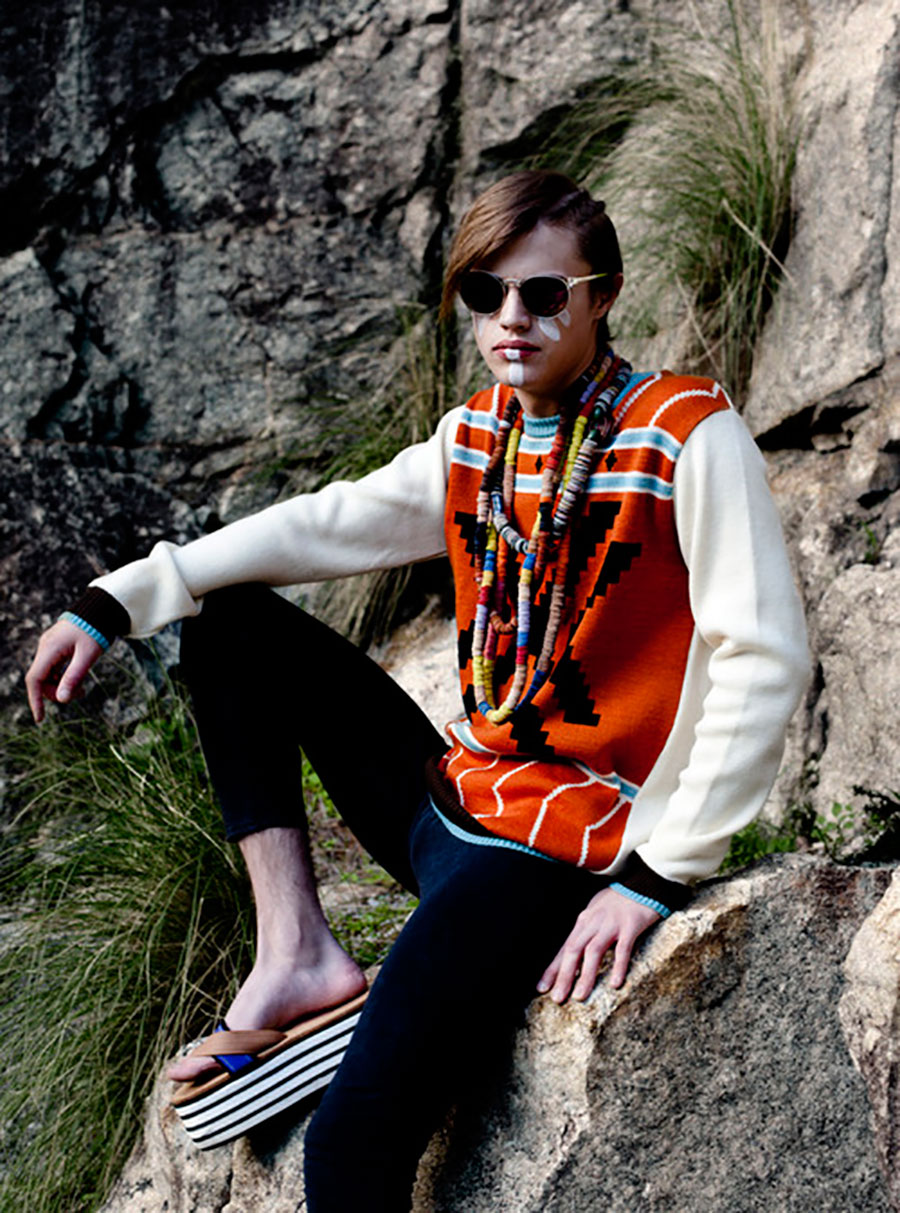 Tell me about growing up?

My late mother taught me how to knit with a sliding knitting machine from the age of 16. It was a little awkward at first, because as a boy, this was not the norm, but I really enjoyed it. I made my first knitwear design when I was in Grade 8 and thought, “Okay this might just  turn into a career.” During high school in Port Elizabeth I did textile design and also music and art. This gave me the background information I needed to make a choice on my career. My creative side won and I went on to college and university with fashion and design as my primary goal.

Tell us about the symbolism of your designs?

While at the Nelson Mandela Metropolitan University my initial idea was to offer knitwear that is suitable for Xhosa men. In Xhosa tradition, once you have undergone initiation and become a man, you need to dress appropriately. Knitwear is one of the items we buy to symbolize this new life as an adult. There has always been imported or local knitwear around that is freely available, but not in terms of design, none of it has anything to do with our local cultural aesthetics.

My designs have more to do with cultural aesthetics than symbolism, because today many people don’t care much about, or even understand, symbolic pattern. I rather wanted to use traditional pattern as an inspiration and reinvent it into something contemporary. Much of the symbolism I use would only be understood if someone was to research it, so to the average person  there is no hidden meaning. 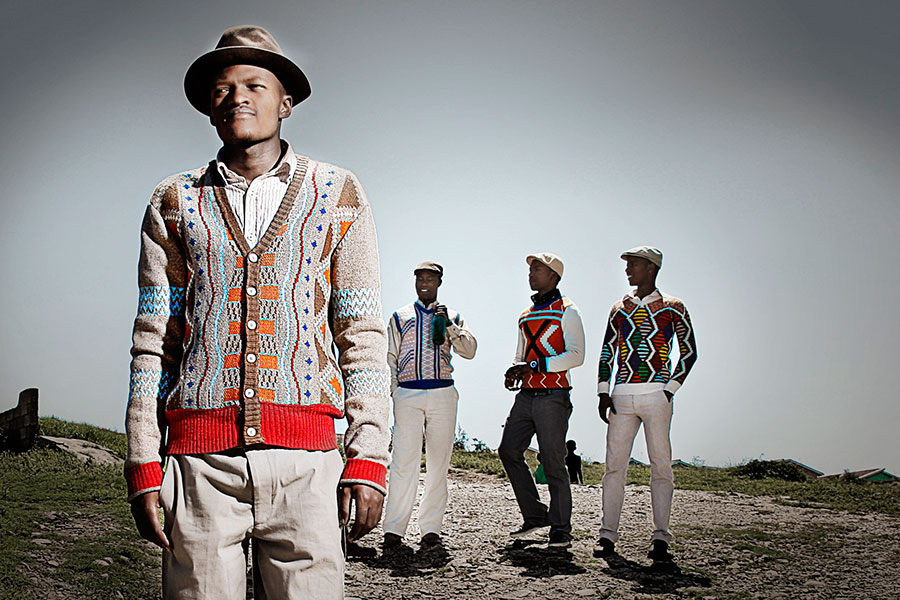 Knitwear has traditionally come in some interesting patterns. One of the patterns that caught my eye was the diamond-shaped Argyle pattern from Scotland and I wondered if I could find an equally distinctive local pattern to work with. I played around with a few ideas and then I discovered some astonishing beadwork in an art museum in Port Elizabeth in 2010. I used these patterns as an inspiration and created very graphic motifs. I wanted to make them look modern and to move the design away from it’s traditional roots.

I was fortunate to get a study sponsorship from Mohair South Africa and Cape Wools South Africa to enable me to complete this project. I then entered an international competition where I ended up a finalist, winning a trip to London, where I won that round as well. This was the catalyst I needed to become prominent and let the world know about what I do.

Do you think we will reach a point where producers and designers work together to create exciting, new fashion?

Fortunately I was able to do that because I got some support and capital funding from actively promoting myself. I started with machines and a few operators who helped me to make the knitwear. But I still prefer to be the design guy – guiding them on how I want my outfits to look. 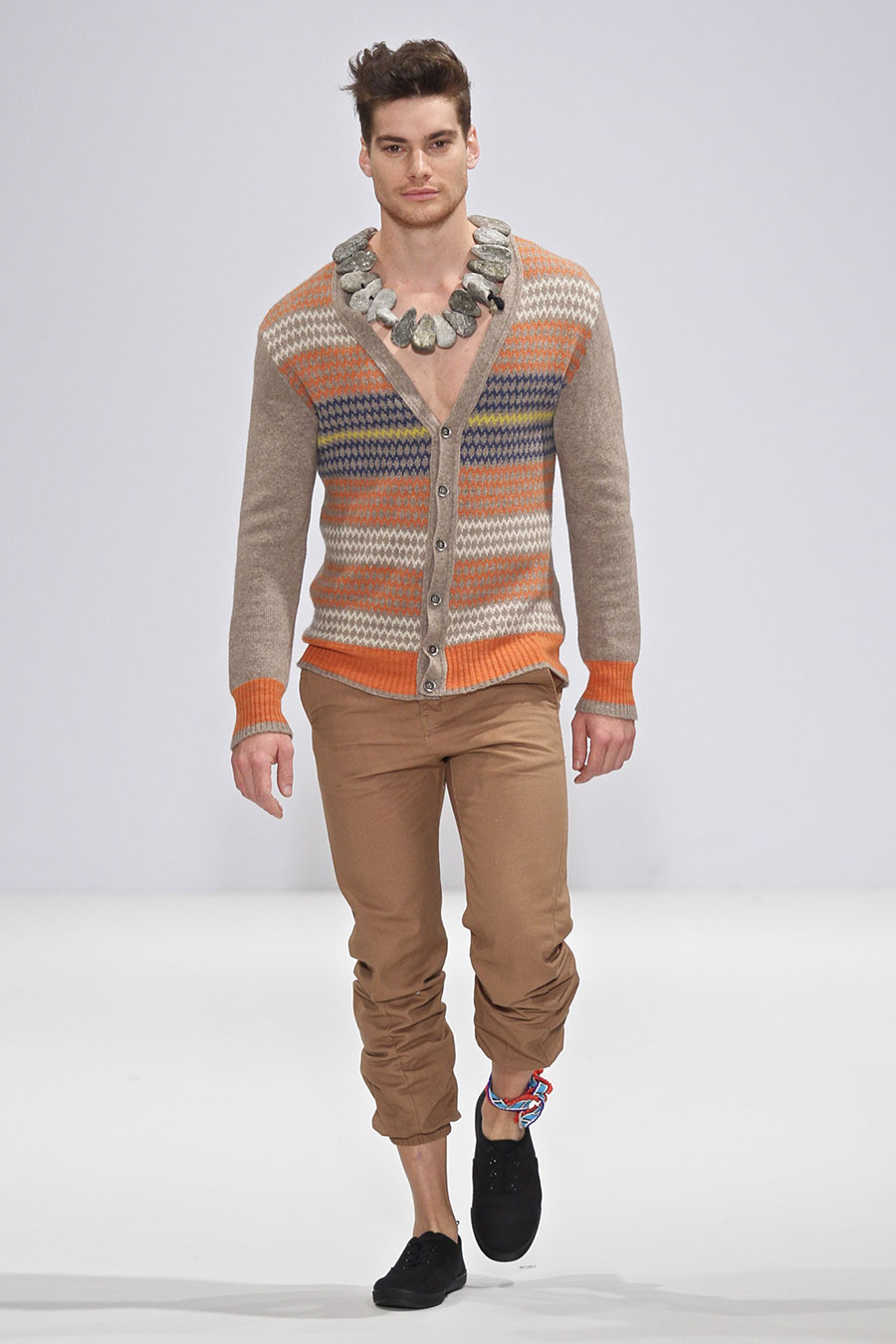 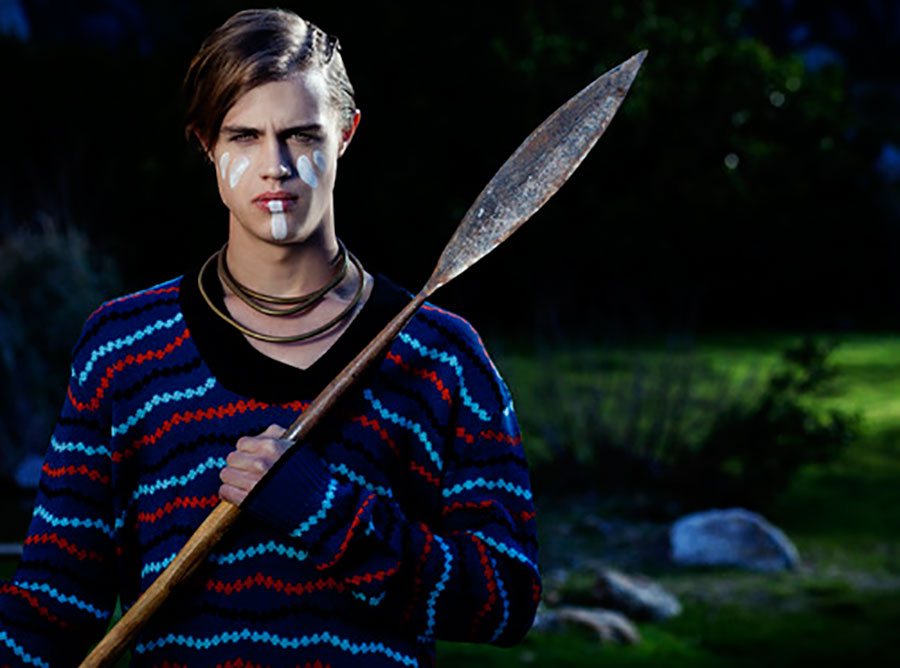 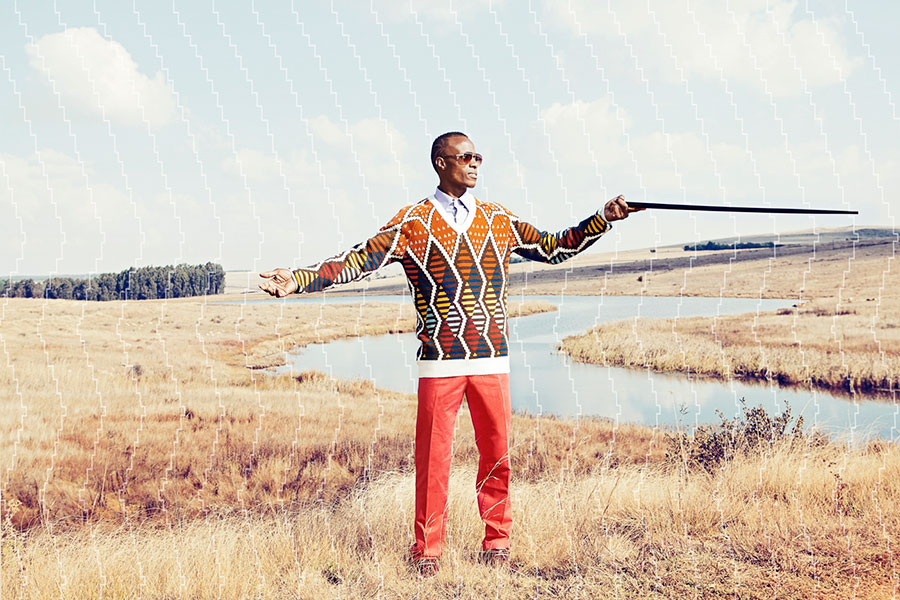