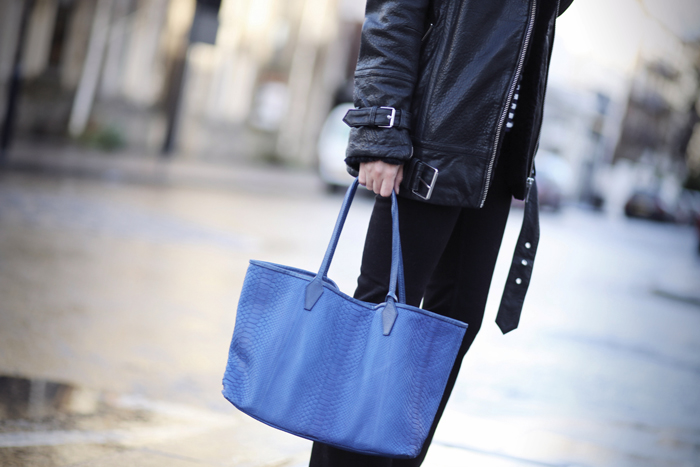 The fashion industry of Singapore has gained attention on the world stage thanks to an increasing number of notable Singaporean designers worn by celebrities on the red carpet. Designer Ashley Isham has earned fame by dressing such stars as Kylie Minogue and Lady Gaga, while Andrew Gn’s designs have been favored by Sarah Jessica Parker, Gwyneth Paltrow, and Celine Dion. Taking advantage of this cultural blossoming is renowned fashion and arts blogger, Leah Selakovic, whose blog has become a favorite amongst artists and fashion enthusiasts all over the world, counting more than 10,000 subscribers in less than six months. Much of Leah’s inspiration when it comes to up-and-coming designer labels stems right from the streets of Singapore, her hometown, where she explores the new boutiques and ateliers scattered around Orchard Road, the city’s acclaimed fashion district.

Orchard Road is home to many major brands such as Abercrombie & Fitch, H&M, and the Louis Vuitton Island Maison, a new specialty concept launched exclusively in Singapore. But along the 2.2 kilometers of the fashion street are also countless smaller brands and emerging labels, spread out over 22 shopping malls and six department stores. With an estimated 5,000 brands, it is a shopper’s Disneyland. “Orchard Road is the mecca of fashion,” raves Leah Selakovic. “It’s the heart of the Singapore shopping experience, with something there for everyone.” To make things even more interesting, Orchard Road now closes down traffic once a month for the so-called “Pedestrian Night,” during which communal activities like street tennis and group yoga are offered.

On her new blog, Leah reveals the various new and promising designers she has discovered there, “Ong Shunmugam is one of my new favorites.” The Singapore designer takes on a new, modern take on the Chinese cheongsam dress, which was developed in Shanghai after WWI. Officially declared the national dress by the Chinese government in 1929, it became the favorite of socialites, dignitary wives, and other upper class women who loved how its sexy, body-hugging design managed to still maintain an air of refinement, luxury, and grace. “Ong Shunmugam’s version is a visual feast indulging in contemporary pastels and bold geometrics, distinctly different from the traditional floral embroidery,” Leah describes the gowns. The haute couture boutique brand Depression is another of Leah’s latest findings, one that is quite different from Ong Shunmugam: “Depression’s look is a clean, monochromatic approach, with very little adornment. It’s both futuristic and traditional looking — Western tradition, not Asian, in this case. It looks rather like something an Amish character living in the Blade Runner world would wear,” Selakovic explains.

When she is not scouting new fashion trends, Leah Selakovic is busy writing for her blog and working on a number of children’s books that are set to be published soon. Leah’s motivation to write for children was inspired by her own kids she raises together with husband David in the Asian metropolis. A native from the former Republic of Yugoslavia, Leah made Singapore her family’s new home. As much as she embraces and enjoys the art, culture, and influence of Singapore, her house is nevertheless reminiscent of her European heritage, overflowing with art, history, and nostalgia from her many round-the-world trips. Leah and David celebrate their home city by supporting a number of charitable organizations, particularly geared towards projects that help guide young, gifted artists.

In conversation with founder of Okapi and Merchants on long

Alexander McQueen: A short history of the fashion genius who rewrote the rules