Africa on The Rise 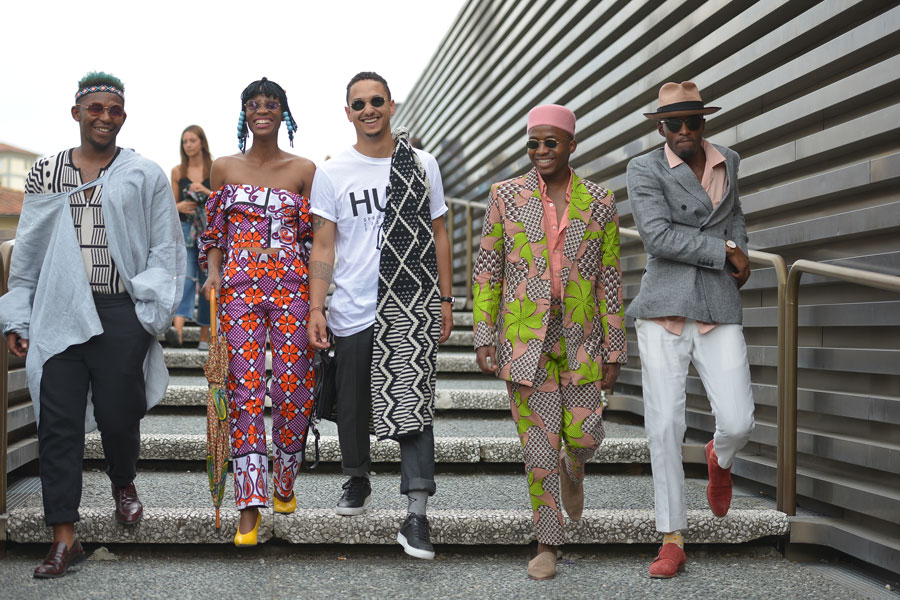 It looks like the world is finally starting to celebrate the rise of African fashion. But is it enough?

“Africa ain’t no jungle, I think it’s time that we made ‘em listen We are creators, we were all created here They stole our fire They tried to eliminate us here Connect the dots from the Northern to the Southern hemisphere Flip the anger to passion, the pain to pleasure cause change is here.”

Local rap genius Khuli Chana utters these words in his 2016 banger, One Source – a song which celebrates Africa’s rise in the global creative space.

The song has also been so popular at local fashion weeks this year that one might even consider it the local fashion industry’s unofficial soundtrack.

I could go on for another three paragraphs or so, unpacking the lyrics to One Source; however, this is not about the song. This is about the connection I observed between the message of the song and Africa’s current fashion climate.

You’re probably familiar with the phrase “(insert name) is on fire!” Where (insert name) may be a musical artist, sports team or designer who is just on a winning streak.

But when you hear “Africa is on fire” you panic a little (or is it just me?) even though you know it’s a compliment because you know we’re a continent with less than stellar conditions and an even more unfortunate history.

However, seeing the positive side of this statement simply entails ditching your literal understanding of something being on fire. Obviously.

Basically we all know that a house on fire means trouble and will subsequently collapse – yet a trend on fire is on the rise.

So what does this have to do with Africa? We’ve been living in the shadow of western art for centuries – or rather the west has been robbing us of almost all our original cultural content, and has managed to convince the world it’s theirs.

Another problem as a direct result of this? We get appropriated and co-opted way too much by the very people we’ve tried to emulate for so long – a cycle as vicious as the eight-year-long Kanye-Taylor ‘feudship’ if you will. Louis Vuitton and (Yves) Saint Laurent are just two of the luxury labels that have taken it upon themselves to capitalise on our traditional offerings over the past few years.

Saint Laurent Paris fashion house found itself in hot water over a clutch bag spotted in their Fall 2017 runway show at Paris Fashion Week. It appeared to be a mirror image of the Mburu bag designed by Senegalese brand, Tongoro collection, launched by Sarah Diouf.

And while they were most definitely called out for taking (not borrowing or drawing inspiration) from traditional African attire purely for capital gain, these labels barely even attempted a good PR cleanup of their mess.

How one wishes these luxury labels would take a page out of the Prince of Prints, Chu Suwannapha’s book, who embodies African appreciation, while also remaining true to Thai design with his Chulaap collections.

I digress. Anyway, even in the face of having our traditional garb churned out by European sartorial elites, who have no real understanding of it, one can’t help but notice that Africans have gotten up, dressed up and showed up to the international fashion scene in an unapologetically African manner.

Some examples are Laduma Ngxokolo, Siya Beyile, Kwena Baloyi and Trevor Stuurman, who used their seats at the international table to serve a classy assortment of African sartorial architecture in a way that had fashion enthusiasts squealing behind their phone screens every time they posted from Florence on Instagram under the fomo-inducing hashtag #pittiuomo. 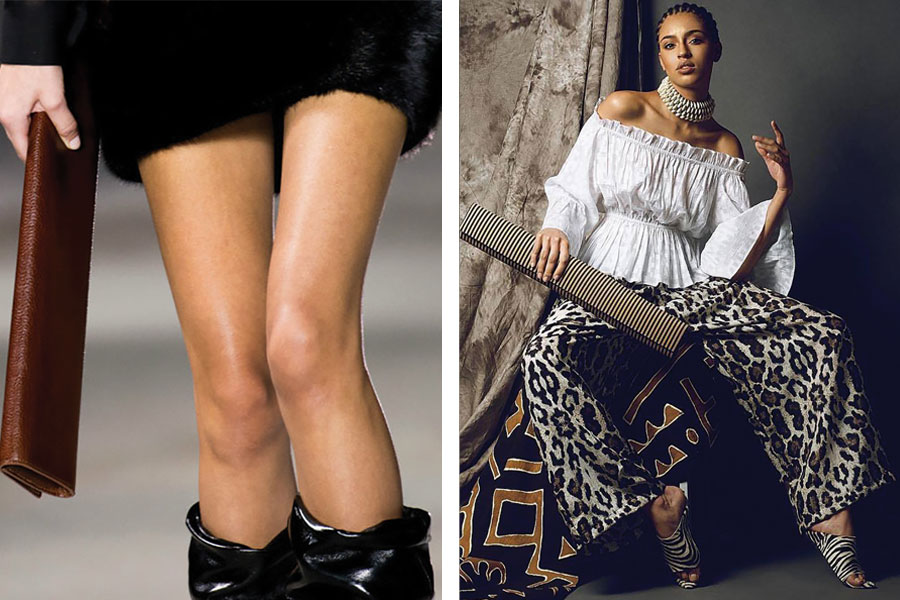 Vogue Italia even featured Baloyi and Stuurman’s posts on their IG – an iconic moment for local fashion in 2017 (or perhaps ever). The reason this was a laudable moment is because all those Instagram likes and our avid story watching translated into full credit finally being given to a lesser-celebrated demographic within the fashion industry. This is especially notable given the fact that international media outlets have taken pleasure in ignoring us for decades. Secondly, it was a moment that they could wholeheartedly claim as theirs – as African creatives.

“It appeared to be a mirror image of the Mburu bag designed by Senegalese brand, Tongoro collection, launched by Sarah Diouf.”

Lastly, it was a rare occurrence where African fashion was portrayed as more than mere African clichés of shweshwe print and beads. Although not explicitly expressed in words, the beads and the prints in this instance were given value and meaning.

However, one has to ask if this is enough to keep our spot in the international front row? Yes, we’ve finally earned our spot, but are we doing enough to keep it?

Apparently we are. According to a 2016 CNN Style report, Sub-Saharan Africa’s apparel and footwear market is reportedly worth $31 billion. When you look at the greater scheme of things in the African fashion arena this is not a surprising figure. We can thank Nigeria’s Maki Oh whose creations have been worn by some of the world’s most celebrated women; Beyoncé, Michelle Obama, Kerry Washington and Rihanna. MaXhosa By Laduma, Jewel By Lisa and Ikiré Jones are also African labels who have put their signature on international fashion pages by challenging the common (but false) notion that Africa is not equipped to produce luxury.

And while Africa at large has had its silent gems in the industry for decades, we can probably attribute a considerable amount of the international traction we are finally getting to social media. There is this powerful machine of influence and aesthetics called Instagram on one hand, and the ever-bustling horizontal network of Twitter on the other. The combination of the two has granted creatives a global reach that was previously reserved for a select few (three cheers for digital innovation!).

Social media is not the only catalyst for success in this fickle multi-billion dollar industry. This is why we need more master classes such as “Off the Runway,” which is a business exchange event that takes place in New York and aimed at investing in young creatives and African women in the field. This event is centred on the Adiree Sustains Africa Program (ASAP), which covers brand development, talent grooming, education and entrepreneurship. But more importantly, such events need to be brought back home.

Overall it’s a comforting feeling to know that our baby steps have turned into strides and we’re slowly waving goodbye to our infancy. Indeed, it’s only the beginning.

The pursuit of wisdom and style by a petite lady. Radio presenter, fashion writer, newsreader and producer.