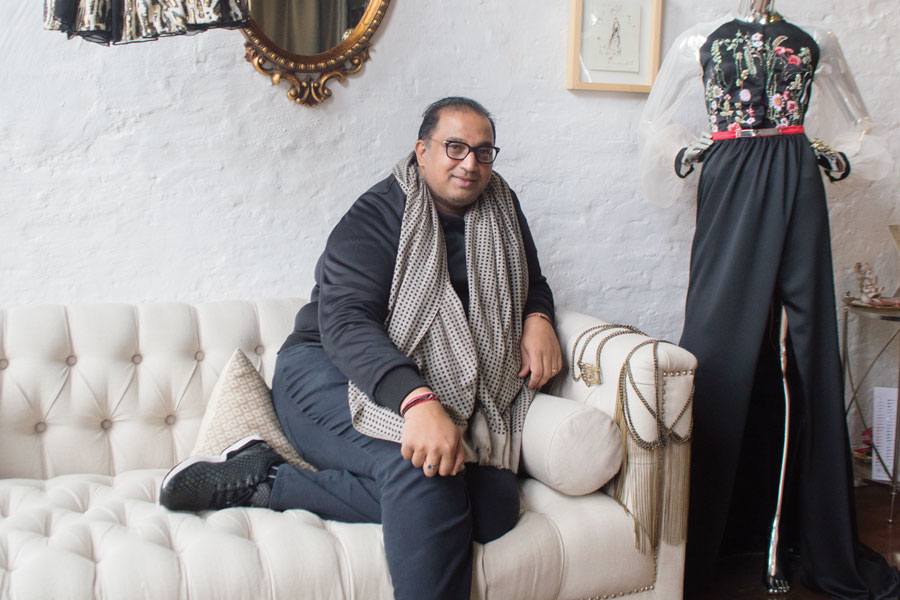 Cape Town designer Gavin Rajah is known for his high-end luxury garments and accessories, specialising in ready-to-wear and couture. He was voted one of 150 designers to watch around the world by Italian Vogue, won the Most Beautiful Object in South Africa Award at the Design Indaba Expo and is a UNICEF Goodwill Ambassador. Known chiefly as a creative, we dug a little deeper to discover what inspires him every day.

Rajah’s mother instilled a sense of confidence and emotional support at an early age that gave him the idea that he could pursue anything later in life. Amazingly, neither parent encouraged him to go into fashion, but once he’d decided to pursue it, they supported him fully. They still wanted him to further his studies, but once they saw him paying his way, they realized it was going to work.

“If you can only sell locally and not internationally, there’s something wrong,” says Rajah.

Rajah started out by selling rejects from his father’s fashion outerwear business. Many are surprised to learn that Rajah started out in law. “It taught me how to think analytically (almost in 3D) and to fight for what is right,” he says. He acknowledges that this doesn’t always make you popular and endear you to people. “People don’t like being confronted by unjust things,” he says “Not that I’m perfect, but you have to fight.”

Rajah discovered a fashion world obsessed with hemlines, dresses and cleavages. Larger than life characters dominated the scene but weren’t necessarily successful in Rajah’s eyes. Legally trained people are trained to listen”, explains Rajah. “I’m brutally honest I won’t tell clients they look amazing if they don’t. They will respect you more for this eventually. You don’t want to get stuck with painful clients because this makes you unhappy in your work. Would you fight with your surgeon on how he should operate on you?”

Rajah looked at the South African fashion landscape and saw a lack of black designers. The few that existed could not see themselves as part of this struggle and were badly in need of mentorship and exposure. A broader perspective was needed.

“My creativity is an innate expression of myself. My work should go out into the public domain and stand on its own…”

“If you can only sell locally and not internationally, there’s something wrong,” says Rajah. “In Europe inspiration comes from generations of art, architecture and analytical thought, whereas in South Africa I found a need to teach where creativity comes from – a new way of seeing.”

Rajah has an intrinsic feel for lifestyle in his work and has designed home interiors too. “Designing furniture was a logical extension of what I do. The same sensory and tactile considerations you’d find in fashion can be used in events, where flowers, lighting, sound and venue become your new materials.

Rajah’s next big move is a commercial collaboration with retailer @Home, which will see fragrances, linen and soft furnishings bearing his distinctive style in stores in November 2017.

A passionate and romantic approach to fashion, events and design can be attributed to one of his best friends at university. “He said do what you’re happy with,” recalls Rajah. “Every career has stress, but ultimately I constantly surprise myself every day with new things that I enjoy. But don’t think it’s easy, I work very hard to make this a reality,” he laughs. Rajah chooses a quiet, almost invisible, approach to his role as a top designer – something that might seem the antitheses to the camera flashes and exhibitionist nature of mainstream fashion. “I don’t feel the need to be like that,” explains Rajah. “My creativity is an innate expression of myself. My work should go out into the public domain and stand on its own, without me being wheeled out to bolster it. The top 100 FTSE companies in the UK are driven by creativity,” says Rajah. “South Africa needs to realize the competitive edge (and value) of the creative sector.”

Rajah is an animal and nature lover, and while they don’t directly play into his design work, they remind him each day that he is loved. “Unconditional love from animals can change your emotional state and I love it. My staff are my extended family and I know they have my back. People who support your vision are a crucial part of your business plan. Without this, things become counter-productive. He’s also of the opinion that mistakes don’t define you, they build you. “If people don’t ‘get it,’ I’m ok with that, I can’t educate everyone about where my inspiration comes from.”

“Music is integral to everything I do. It builds an emotion and sets the scene at fashion shows.”

To Rajah every day can be a hustle. People sometimes don’t pay bills or try and rip him off. His background as a lawyer doesn’t protect him from this either. It’s a learning process that keeps him engaged in finding solutions. Part of this process involves pinning himself to a higher cause in life – that also helps dilute the high drama of the fashion world and keep perspective on what matters. Rajah is a UNICEF Goodwill Ambassador for South Africa but chooses to keep it low-key. “I was doing charity work before UNICEF came along,” he explains. “An archbishop in Rustenberg gave me a piece of land in 2004 after explaining how many undignified deaths from HIV were happening in the area. I managed to raise R500,000 and attract a collaboration with singer Seal to build infrastructure on this piece of land and ultimately raised R7 million. I realized the power of purpose and goodness in raising visibility and resources around social issues.”

Rajah’s legal background may have taught him to listen carefully, but a hidden talent of playing the piano has too, given him a refined ear. “Music is integral to everything I do. It builds an emotion and sets the scene at fashion shows. You need to feel emotion when you view my clothes.

Good fashion designers understand what’s happening in the world and how it affects their work. Aspire to become a world citizen.” 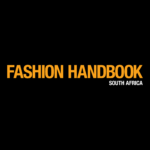 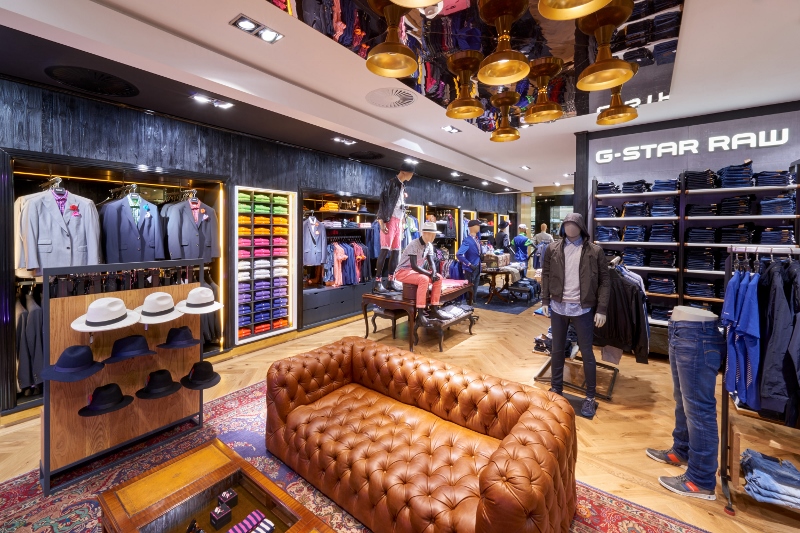